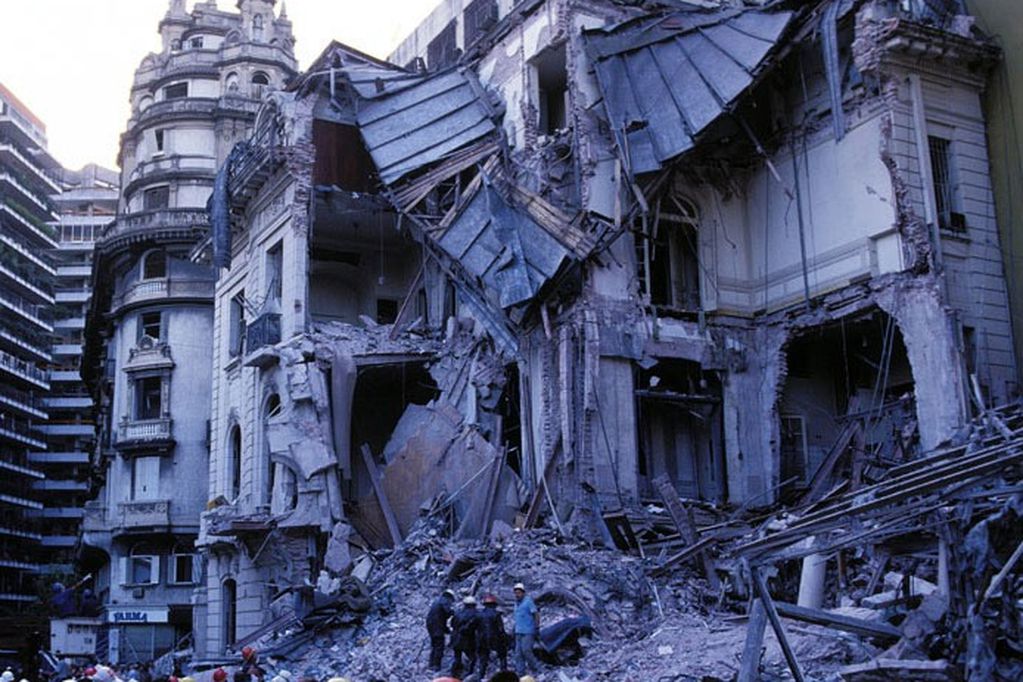 The aftermath of the Buenos Aires Israeli embassy bombing

On March 17th, 1992 a rare terrorist bombing devastated the Jewish community in Argentina and marked the first time that an Islamic terrorist organization had ever attacked Argentina, or any Latin American country in general. The first bombing killed 29 people and wounded 250, Israeli sources immediately blamed Iran and Hezbollah as being responsible for the bombing and even implicated the Hezbollah operative Imad Mughniyah as being responsible in planning the attack - many sources said that the bombing was in response to Argentina ceasing it's nuclear deal with Iran, but the problem with this theory is that Argentina had not cancelled their nuclear deal during that time period, which threw a monkey wrench into the US/Israeli claims.

However it's even more obvious that they were pushing a false narrative when they tried to implicate Syria as being partially responsible for the bombing aswell, I'll explain why after I get done explaining the history of the AMIA bombing. 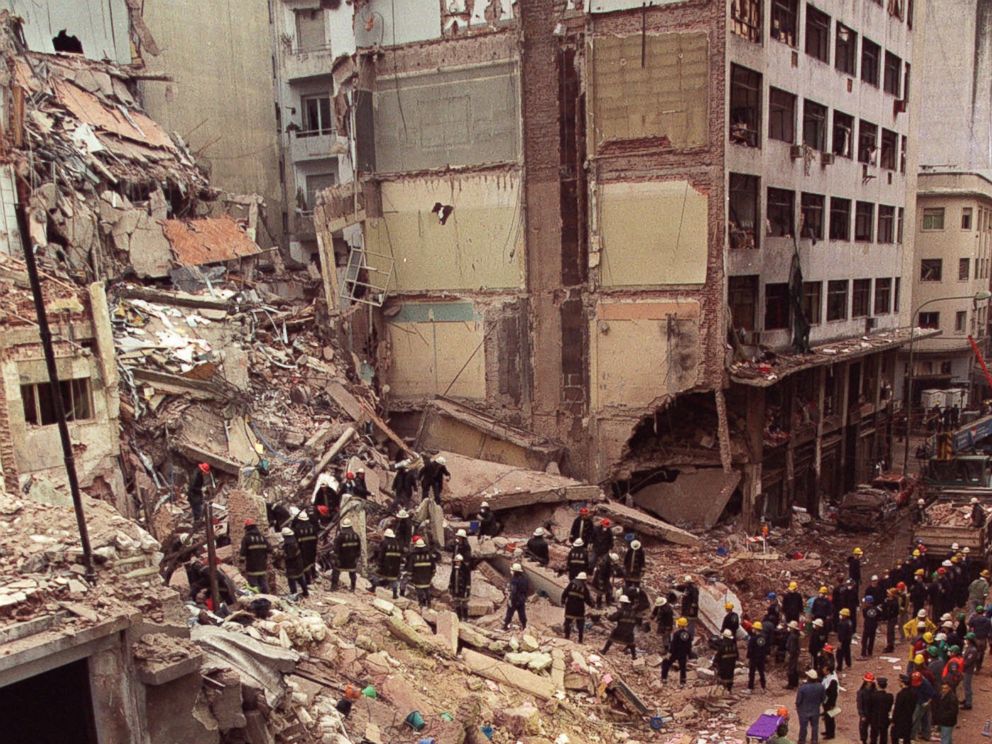 The aftermath of the AMIA bombing

On July 18th, 1994 - two years after the Buenos Aires bombing, another carbomb detonated outside of the Asociación Mutual Israelita Argentina (Argentine Israelite Mutual Association) building and had killed 86 people aswell as wounding 300. Yet again the US and Israel blamed Iran and Hezbollah for the attack, citing the earlier bombing in 1992 as being connected to the spree and the result of Argentina wanting to cancel their nuclear deal with Iran; therein lies the problem with the US/Israeli theory.

In 1990 Argentina signed a $100 million USD nuclear trade deal with Syria in which they agreed to give them a 10MWt research reactor aswell as requisite uranium hexafluoride reactor fuel, enriched to a maximum of 20 percent U-235, ontop of this the deal also included a radiological protection center and a hot cell lab for producing radioisotopes, around the same time period Argentina also signed a trade deal with Iran that the US immediately was trying to block as early as 1991. Both of the nuclear trade deals were not cancelled until 1995; after significant pressure from both the US and Israel had already been placed onto the Argentine government alongside the bombings, so the theory that the bombings were in response to Argentina cancelling their trade deals with Iran and Syria were the motivation is a clear cut lie since the trade deals weren't cancelled until after the bombings.

I'm not the only one who believes this though as even James Richard Cheek, the Argentine embassador to Bill Clinton, said that the evidence linking Iran to the bombings was heavily questionable as these claims heavily relied on the testimony of a man named Manoucher Moatamer who later turned out to be a dissatisfied low-ranking official that was simply seeking attention with the case, combine this with the fact that the MOSSAD's main claim, being that a man named Ibrahim Hussein Berro was the person responsible for the bombing (despite having died 2 months after the suicide bombing attack) by citing a non-existent phone call he made back to Lebanon as a farewell claiming that he wished to "be with his brother", was quite easily debunked simply due to a lack of any legitmate evidence connecting Berro to the bombing.

So naturally when people began to poke holes into the claim that Hezbollah and Iran were responsible for the attacks due to a complete lack of evidence they, in their infinite wisdom, accused the Argentine president Carlos Menem of taking a $10 million USD bribe from the Iranian government to cover-up their responsibility for the attacks. This is quite honestly a rather flimsy explanation as there is no evidence that Menem had obtained $10 million USD to begin with nor is there any way that this small amount of money would be enough to silence them as they had just signed multi-million dollar nuclear trade deals with Iran and Syria.

The entire story is one of the most obvious lies, it simply does not benefit Iran to actively attack a country which was helping them gain nuclear technology while they were still in the process of sending these materials. It however does benefit both Israel and the US as it not only ended a nuclear trade deal with Iran and Syria but also helped show that no-one was safe from the long arm of the Iranian menance that would strike even those that were friendly to them, it was perfect for the Zionist neocon agenda.