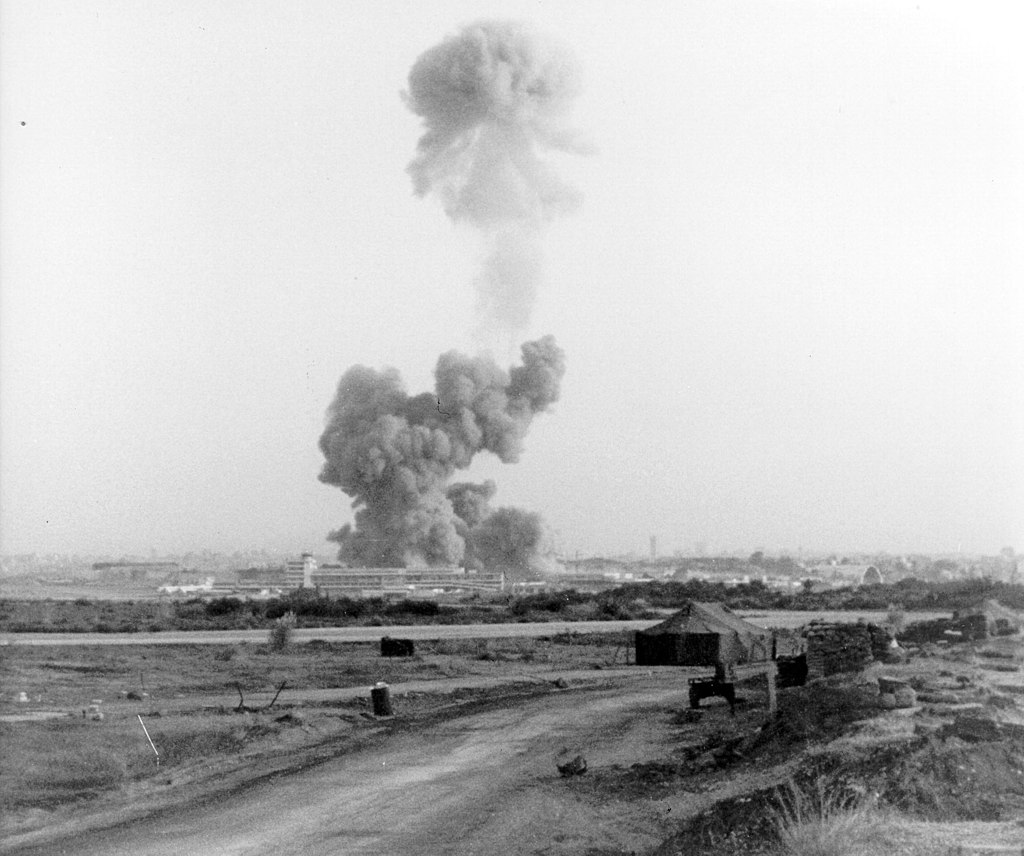 Aftermath of the Beirut Barracks Bombings

As the official story goes, on October 23, 1983 two truck bombs detonated outside of a US military barracks at the Beirut International Airport - killing 209 and wounding 150, the attack was immediately connected to Hezbollah and the Islamic Jihad Organization. But there's more to this story than meets the eye, as was revealed by the former MOSSAD agent Victor Ostrovsky in his 1990 book 'By Way of Deception', his words on the bombing are as follows:

"In the summer of 1983, this same informant told the Mossad about a large Mercedes truck that was being fitted by the Shi'ite Muslims with spaces that could hold bombs. He said it had even larger than usual spaces for this, so that whatever it was destined for was going to be a major target. Now, the Mossad knew that, for size, there were only a few logical targets, one of which must be the U.S. compound. The question then was whether or not to warn the Americans to be on particular alert for a truck matching the description.

The decision was too important to be taken in the Beirut station, so it was passed along to Tel Aviv, where Admony, then head of Mossad, decided they would simply give the Americans the usual general warning, a vague notice that they had reason to believe someone might be planning an operation against them. But this was so general, and so commonplace, it was like sending a weather report; unlikely to raise any particular alarm or prompt increased security precautions. In the six months following receipt of this information, for example, there were more than 100 general warnings of car-bomb attacks. One more would not heighten U.S. concerns or surveillance.

Admony, in refusing to give the Americans specific information on the truck, said, "No, we're not there to protect Americans. They're a big country. Send only the regular information." At the same time, however, all Israeli installations were given the specific details and warned to watch for a truck matching the description of the Mercedes.

At 6:20 a.m. on October 23, 1983, a large Mercedes truck approached the Beirut airport, passing well within sight of Israeli sentries in their nearby base, going through a Lebanese army checkpoint, and turning left into the parking lot. A U.S. Marine guard reported with alarm that the truck was gathering speed, but before he could do anything, the truck roared toward the entrance of the four-story reinforced concrete Aviation Safety Building, used as headquarters for the Eighth Marine Battalion, crashing through a wrought-iron gate, hitting the sand-bagged guard post, smashing through another barrier, and ramming over a wall of sandbags into the lobby, exploding with such a terrific force that the building was instantly reduced to rubble.

A few minutes later, another truck smashed into the French paratroopers' headquarters at Bir Hason, a seafront residential neighborhood just two miles from the U.S. compound, hitting it with such an impact that it moved the entire building 30 feet and killed 58 soldiers."

If Victor Ostrovsky's testimony is to be believed, it indicates rather clearly that the MOSSAD knew of the bomb plot in advance and purposefully let it be carried out so they could reap the benefits, but knowing the plethora of scandals the MOSSAD has been involved in since it's foundation it would not be much of a surprise if this was true, another statement regarding the bombing comes from the author Jack Bernstein, who claims that the MOSSAD carried out the attack as a plot to bait the US into declaring war against Lebanon, the following excerpt is taken from his book 'The Life of an American Jew in Racist, Marxist Israel':

"The death of the 250 Marines serving in Lebanon has been blamed on the Arabs. This is as it had been reported by the Zionist controlled news-media in America. But, this has not been proven! In fact, reliable reports coming out of Lebanon indicate the terrorist attack on the American marine base was planned by Israeli military personnel or the Mossad, Israel's secret service. In that case, who actually carried out the attack is immaterial — Israeli personnel planned and instigated the attack. It is common practice for the Zionist/Marxists to plan a covert act and then get someone else to do the dirty work.

The statements regarding the bombing by both Ostrovsky and Bernstein suggest a different role in the bombing but have one overlapping theme; Israel and the MOSSAD looked to use the incident to bait the US into war with Lebanon for their benefit.