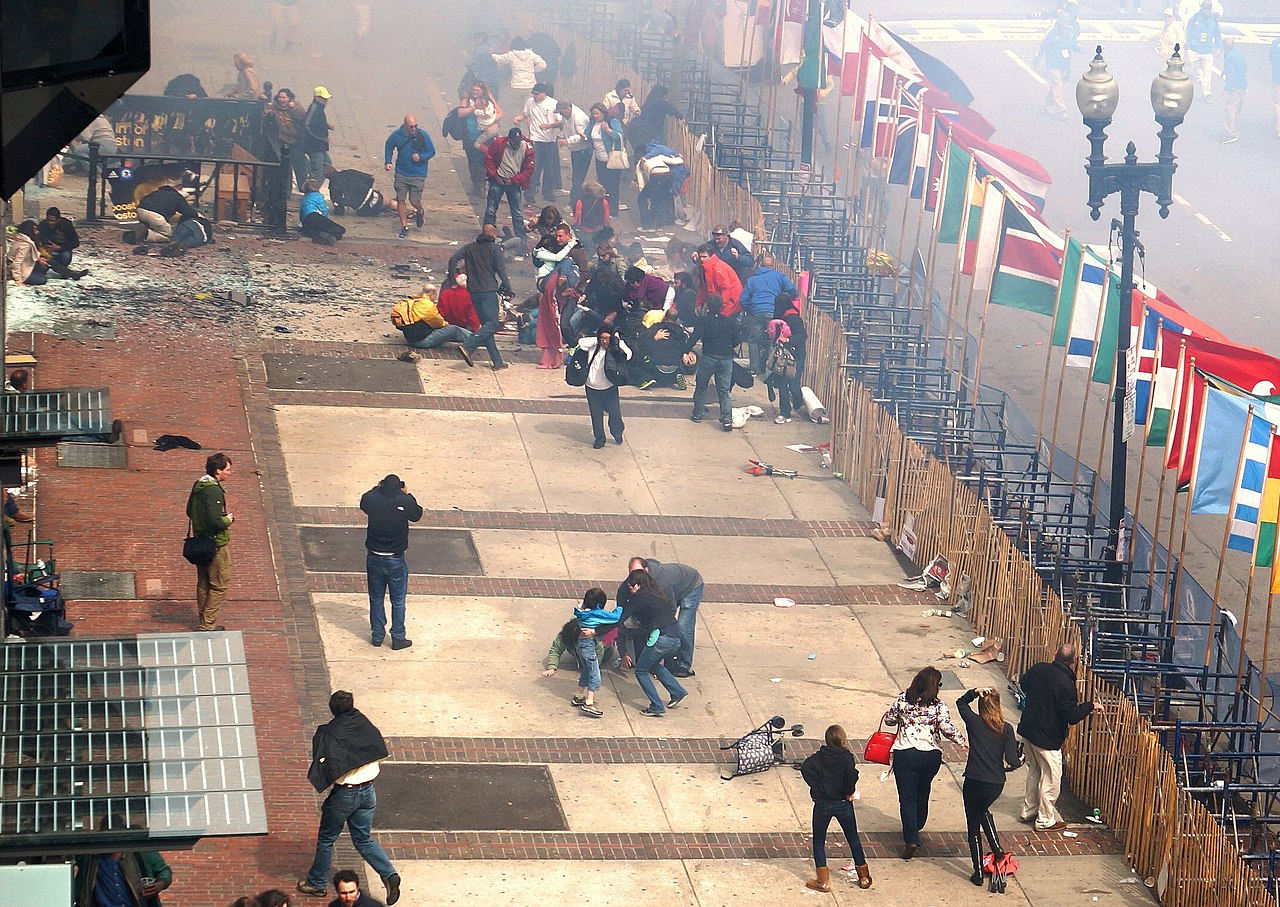 Aftermath of the first bomb going off at the Boston marathon

On April 15th, 2013 two pressure cooker bombs went off at the Boston Marathon, killing 3 and wounding 264 - the two supposed bombers were the Soviet-born Chechen brothers Dzhokhar Tsarnaev and Tamerlan Tsarnaev, allegedly motivated by anger over military action in Afghanistan and Iraq. But there are major holes in the official story regarding the timeline of the Boston Bombings, so let's unravel this story.

To get started I think the most important thing to note is that bomb-sniffing dogs and spotters were at the race, and while it's usual for public events to have police security the presence of a bomb squad on site who told bystanders that it was part of a 'training exercise' and spotters on the rooftops of buildings is very unusual, even more when the bombing itself happened, a report on this peculiar incident reads as follows:

"University of Mobile’s Cross Country Coach, who was near the finish line of the Boston Marathon when a series of explosions went off, said he thought it was odd there were bomb sniffing dogs at the start and finish lines.

'they kept making announcements to the participants do not worry, it's just a training exercise,' Coach Ali Stevenson told Local 15.

Stevenson said he saw law enforcement spotters on the roofs at the start of the race. He's been in plenty of marathons in Chicago, D.C., Chicago, London and other major metropolitan areas but has never seen that level of security before.

'Evidently, I don't believe they were just having a training exercise,' Stevenson said. 'I think they must have had some sort of threat or suspicion called in.'"

The FBI asked for public help in identifying the Boston Bombers, and naturally the case was immediately picked up by both Reddit and 4chan - and despite the internet investigations being fully endorsed by the FBI themselves, the mainstream media referred to it as a 'witch-hunt' and demonized the concept of crowdsourced investigations. Not too surprising though, if people came to conclusions on their own, they'd be out of a job! But these 'unreliable internet sleuths' pointed out some very important figures at the scene of the crime. Now bare with me as I'll do some basic image analysis. Both from the 4chan investigation and the official FBI photos.

These are the official FBI photos of Dzhokhar Tsarnaev and Tamerlan Tsarnaev, released to the public when the manhunt was still ongoing. 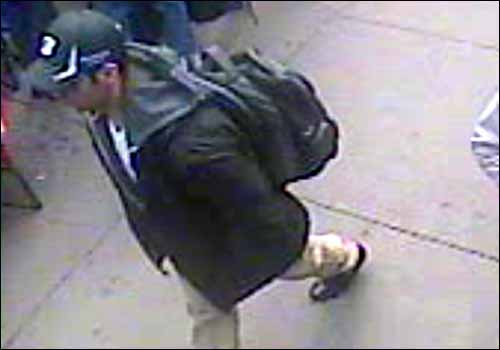 Note that Dzhokhar in this photo has a gray backpack 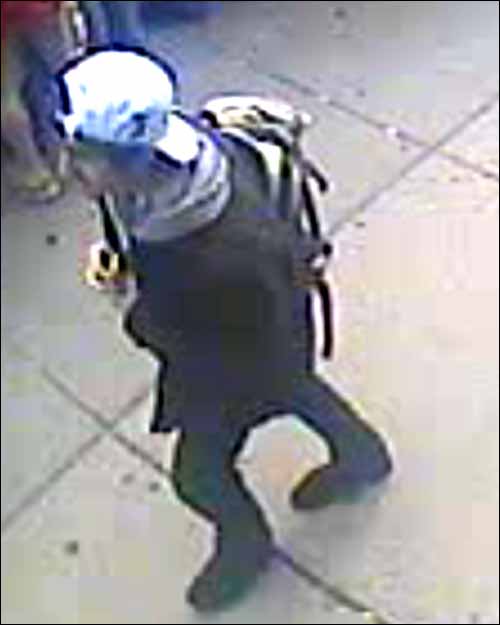 And Tamerlan here has a white backpack

This will be important to note for later, as there is a major hole in the story approaching, not many photos of the supposed remains of the backpacks used in the bombing were released, except for these two. The source for the first image is from an article by the Austrian derStandard, the oldest known posting for the second image I was able to find was on April 17th, 2013 in an article by the NY Daily News which says that the backpack was found a day after the bombings occurred, on April 16th. Alright, image analysis time.

A ruined, presumably white, backpack that matches with Tamerlan

A ruined, black backpack that doesn't match with either brother

Compare this to the backpacks used by the supposed 'bombers'... The white backpack matches for Tamerlan but where did the black backpack come from? Neither Tamerlan or Dzhokhar had a black backpack... Let's get some better photos, from the CCTV footage released by the FBI showing the brothers.

Now, the internet investigations based their assumptions on the images of the backpack given to them via the FBI and news outlets. A couple people in particular however stuck out from the crowd. Let's point them out. They can be seen in a few photos before and after the bombs went off.

Before the first blast

After the first blast

It's an odd case that these two men in military gear are seen at the scene of the bombing and manage to leave before the first bomb goes off, escaping being wounded by mere seconds, but there's something even more strange to note, and it's the hat of the white military officer, let's get a closer look... 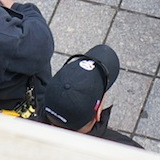 Closeup of the hat

What's so special about the hat you may ask? Well it's that this hat is an officially branded Craft International hat which is given to members, the group was at the time a private military organization which carried out contract work and was founded by Chris Kyle, bearing the motto of 'Despite what your momma told you, violence does solve problems' - take a look for yourself. 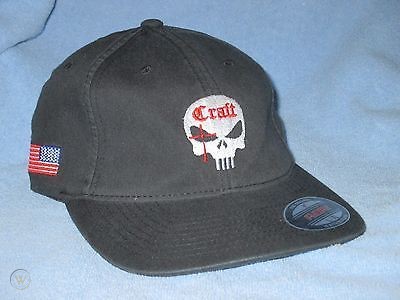 Front of the hat 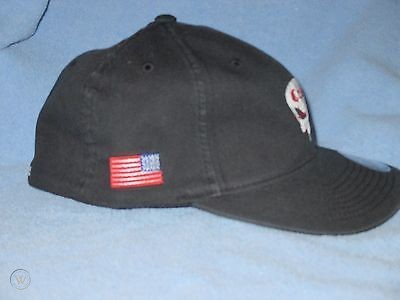 Side of the hat 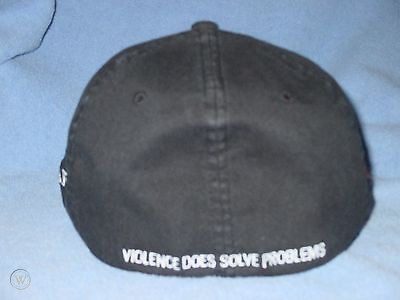 Back of the hat

The man in the photo is, very clearly, wearing a CRAFT international cap, so was he a member of CRAFT international or just someone who liked the group so he bought the gear from their website? Let's look at their general apparel as they were both seen in black jackets, cargo pants and military boots as there are many more people at the scene of the bombing in strikingly similar apparel to these two men, let's look at some of these cases shall we? Let's start with a man who was seen in similar apparel at the finish line after the first bomb went off. What's in his hand?

The device in the man's hand was believed to be a possible detonator at first but was identified as a Inspector Radiation Alert, a device used to assess dirty bomb attacks and detect radiation - which begs the question as to why military was on scene with such devices if they didn't know of the plot beforehand or had a role in it.

So who were the men? Were they CRAFT? Police or some other private military organization? Who knows, but the men weren't there just to watch the marathon and they clearly knew something that the public didn't know.

There also exists extensive evidence of FBI contact with the two brothers going back years prior to the bombings, and rather unsettling evidence saying that the brothers worked with the FBI as informant who would go 'mosque crawling', this is further backed up by the family of the brothers who claimed that they had extensive FBI contact. Even suggesting that they were 'set up' to take the blame for the bombings.

And one can't mention the Boston Bombings without bringing up the fact that a police officer shot and killed Ibragim Todashev whilst being questioned about his knowledge on the bombings, due to his connections with the Tsarnaev brothers. Many similar incidents happened during the days and weeks following the Boston Bombings, which has been described by many as a 'war on witnesses'.