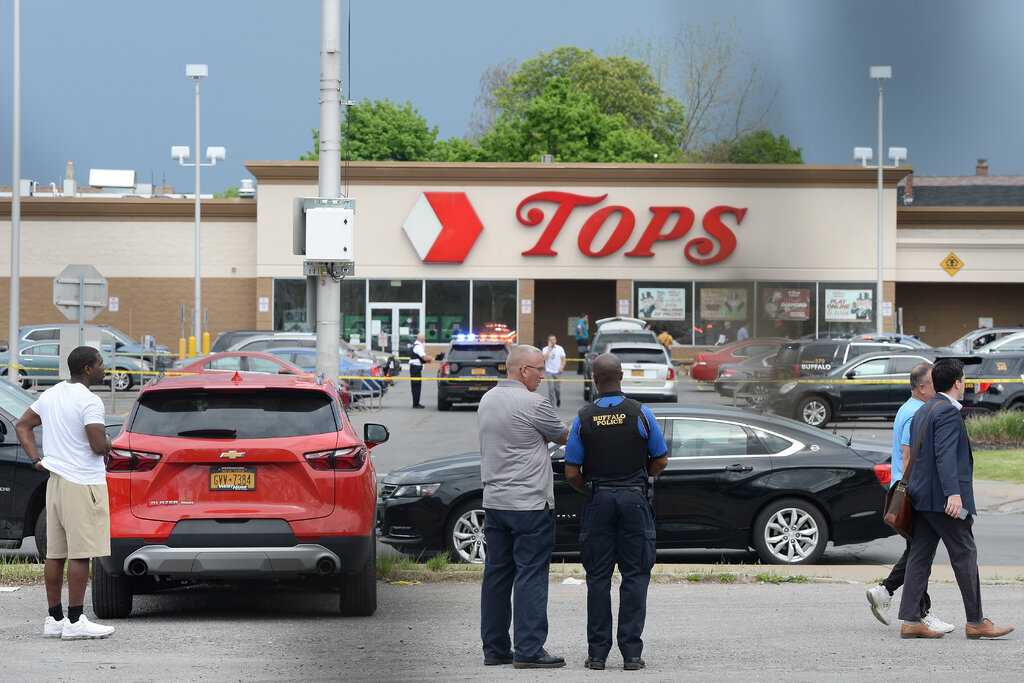 Police outside of the Tops Supermarket in Buffalo

On May 14th, 2022 it's claimed that Payton Gendron entered a supermarket in Buffalo and opened fire, killing 10 and wounding 2 before surrendering to the police in what he described as a racially motivated attack against the black community of America. But as with all stories there's far more than meets the eye when it comes to the shooting in question so let's take a deeper dive into the Tops Supermarket massacre.

What isn't a surprise is that Payton was known to the police prior to the shooting, as in June of 2021 he was investigated by the Broome County police for making threats to students at his high school and forced to undergo a mental health check, it's even claimed that when a teacher asked him what his plans were after the school year that he said "I want to murder and commit suicide."

Extensive chatlogs exist showing that Payton planned the shooting for months in advance on Discord, keeping a massive online diary of his thoughts and plans on the shooting which span for thousands of posts - but one thing stands out in his manifesto and online diary that not many seem to note, which is the mentioning of a figure named "Sandman" and "Saint Sandman" who Payton claimed helped him attain weaponry and ammunition for the massacre. Extensive evidence also exists that Payton was in extensive contact with at least one Federal agent who they have never named - for obvious reasons, that they simply want to cover their own asses, but is is very possible that "Saint Sandman" was a federal agent that had gotten into contact with Payton prior to the attack and helped radicalize him.

But it begs the question, why can't they track them down if they aren't feds? If Payton openly planned the shooting on Discord and had a small group of people who knew of the event who have all but remained in the wind, including a federal agent then why wasn't he busted before he could kill 10 people? The details don't add up and the more analysis this event goes under the more it seems like the attack was allowed to happen for the political benefit of the US Government.