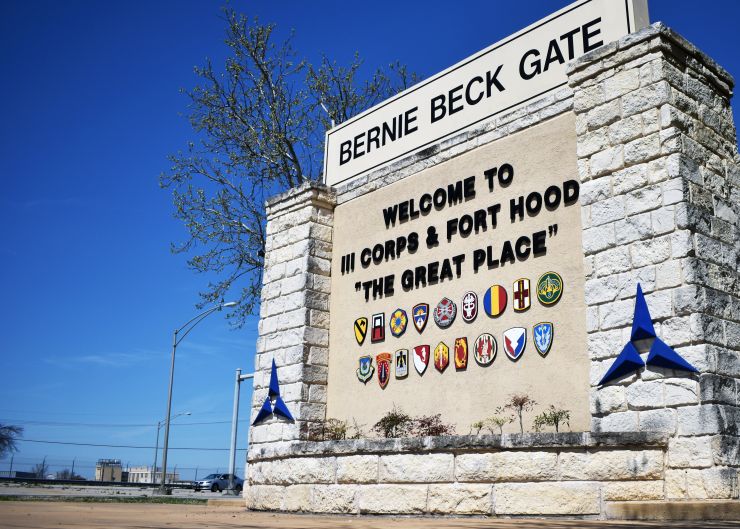 The story goes that 34 year old Ivan Lopez opened fire inside of the 49th Transportation Battalion administrative office due to a dispute that was sparked between him and other soldiers stationed at the camp after he asked for a 10 day leave (which was declined), killing 3 and 14, before ending his own life... But as you should know by now there's much more to this story than meets the eye so let's get into the unusual details.

The first and most glaring detail is that a shooting plot was known in advance, according to both the FBI and the US Army - but supposedly this one was unrelated to the shooting that happened just a day later, take a read for yourself

"Federal officials are on the hunt for a recent Army recruit who was reportedly plotting a 'Fort Hood-inspired jihad against U.S. soldiers.'

News of the recruit's evil intentions emerged after the FBI's Kansas City division sent out an alert which was then distributed to the U.S. Marine Corps.

The alert allegedly identified the man as Muhammad Abdullah Hassan, also known as 'Booker.' The document was then distributed to Kansas City Police and to members of the U.S. Marine Corps to 'inform and protect officers who may encounter this individual or others exhibiting the same aspirations,' Fox reports.

Eric Flanagan, a spokesperson for the U.S. Marine Corps, confirmed to The News that this alert was in fact sent to the Marines. However, he referred further questions to the FBI."

According to what I've been able to find, Mr. Hassan's real name is John T. Booker Jr - little else can be found about the supposed bombing/shooting plot, but the FBI insists that the two cases were completely unrelated to each other and them happening so close together was purely coincidental and nothing more... But even if we take that at face value it still doesn't explain this.

A screenshot of the craigslist ad

Note that the ad itself was posted on March 12th, 2014 and calls for crisis actors to be available from March 17th to March 19th, leaving a phone number and name to call if you wished to apply to the ad posted on craiglist... And if you got 300 bucks just to lay around and pretend to be a dead body, why the hell not?

Someone did call that number though, so let's listen to what they recorded.

The start date of the 'mass casualty exercise' in Gadsden line up perfectly with the date of the mass shooting at Fort Hood, too perfectly some might even say... So it begs the question, was the Fort Hood shooting a terror drill gone live just like 9/11, 7/7, Boston and the Norway attacks? It seems like it, and if that's the case then a lot of questions need to be answered. But we all know they never will be answered.