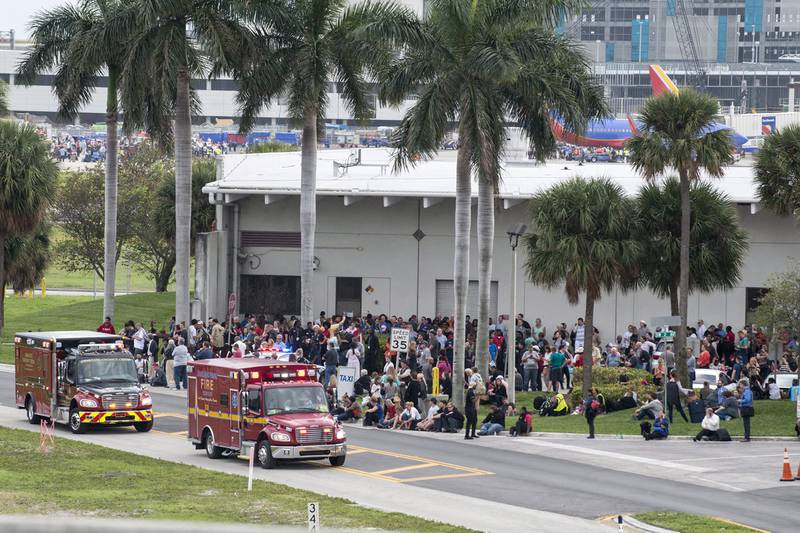 A photo taken at the scene of the shooting

On January 6th, 2017 shots rang out near the baggage claim in the second terminal in the Fort Lauderdale Airport; when the smoke cleared 5 were dead and at least 42 were injured. The shooter himself is said to have immediately surrendered after running out of ammunition - which is already a red flag but the story goes much deeper than that.

Reports from survivors and the police radio system picked up the presence of an additional shooter in Terminal 1 of the airport, alongside numerous other victims and gunshots - the official narrative now is that the shooter never existed, there were no additional victims or additional gunshots and that it was miscommunication but if you ask me it seems too big of a mistake for numerous people to all 'mistakenly' report the existence of a second shooter in a completely seperate part of the same building.

But let's look at the shooter himself. 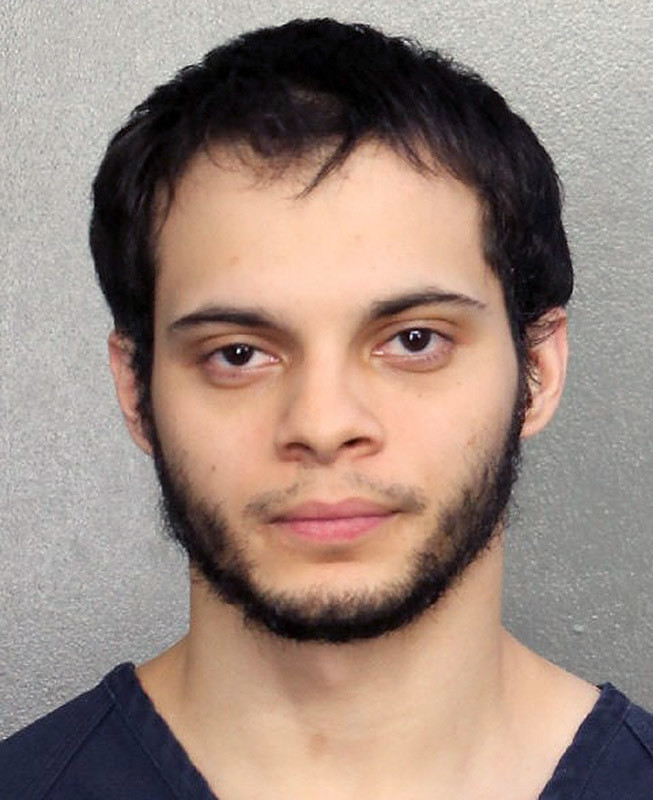 The mugshot of Esteban Santiago

The claimed shooter is 32 year old Esteban Santiago, born in New Jersey and a former member of the national guard that served in Iraq from 2010 to 2011, in 2016 Santiago reported to the FBI field office in Anchorage, Alaska that the CIA was trying to gain control over his mind and force him to join ISIS, additionally claiming to hear voices commanding him to kill but claiming that he had no real desire to harm anyone and was in general trying to get the thoughts to stop - Santiago was claimed to have schizophrenia but I do question this diagnosis for a plethora of reasons:

There are no signs of him having any form of erratic behavior prior to him turning 26, and ontop of this the only records of him showing any form of said behavior was seized by the federal authorities from the database of the Puerto Rican police department after the shooting happened... Very convenient isn't it? So I guess we just have to trust that they're being truthful about the contents of the report, even though we aren't allowed to see it and it was apparently so important the federal government needed to put it under lock and key away from the prying eyes of the general public.

Many people have questioned whether or not Santiago was a victim of MKUltra/Project Monarch mind control experiments due to his claims of being harassed by the CIA and sharp decline in mental wellbeing after serving in Iraq, and while it's true that most soldiers never return the same the rate at which Santiago's mental health rapidly declined is questionable, the MKUltra claim is especially noteworthy as it's noted that the Department of Defense in collaboration with the CIA helped drug thousands of volunteer soldiers from the 1950s to 1960s.

And with more analysis the attack in general doesn't add up with that of a schizophrenic, the crimes of schizophrenics are usually impulsive and incredibly disorganized as their delusions are put first and foremost whilst planning and forethought are put second - this isn't seen with Santiago as he bought a ticket to Florida, flying there all the way from Alaska and is said to have planned the attack in advance. This type of planning isn't consistent with a delusional schizophrenic, most of them pick targets close to home so the fact that Santiago went out of his way to fly across the entire country to commit the shooting is highly questionable, why didn't he just target an airport in Alaska? If he believed that he was being targeted by the CIA why didn't he pick a government building? It doesn't add up.

It is very possible that Santiago was groomed by CIA operatives into committing the attack, possibly with a plan for them to connect the shooting to Islamists but they decided to settle on the role of a lone wolf when Santiago himself reported being pressured to enlist in Jihadist circles, knowing that Santiago just a year prior had gone to a federal building and expressed fear at his own violent thoughts and expressed no desire to hurt people indicates that he truly wanted help.

Whatever you believe it's strange, and there's clearly more to the story than the government is telling us.