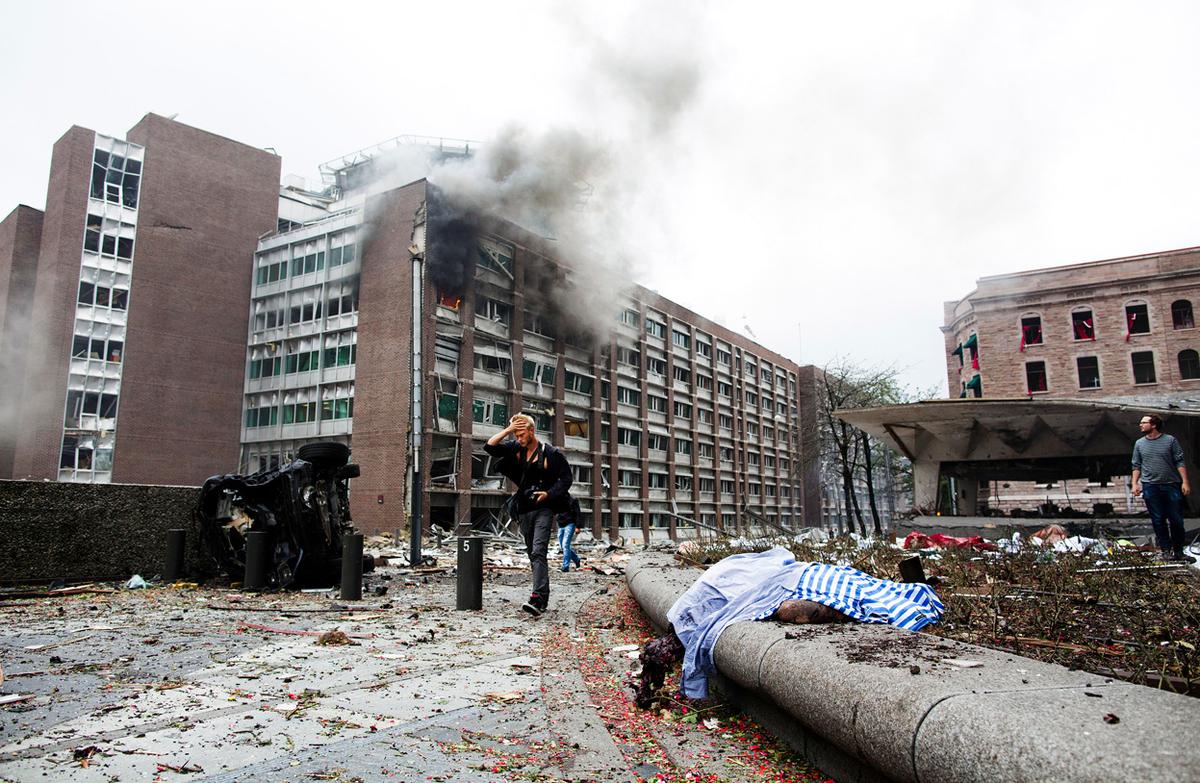 Aftermath of the Zionist terror bombing in Oslo

When Anders Behring Breivik brutally massacred 77 people across Norway in 2011 while leaving hundreds maimed and injured in both Oslo and the isolated Utoya Island, the media immediately blamed "white supremacy" and the "far-right" but shied away from the Zionist sympathies of the mass murderer and covered up his diehard and fanatical support for the genocidal state of Israel. Both of which can clearly be seen in his 1,500 page manifesto titled '2083: A European Declaration Of Independence' - a few choice excerpts will be shown below. 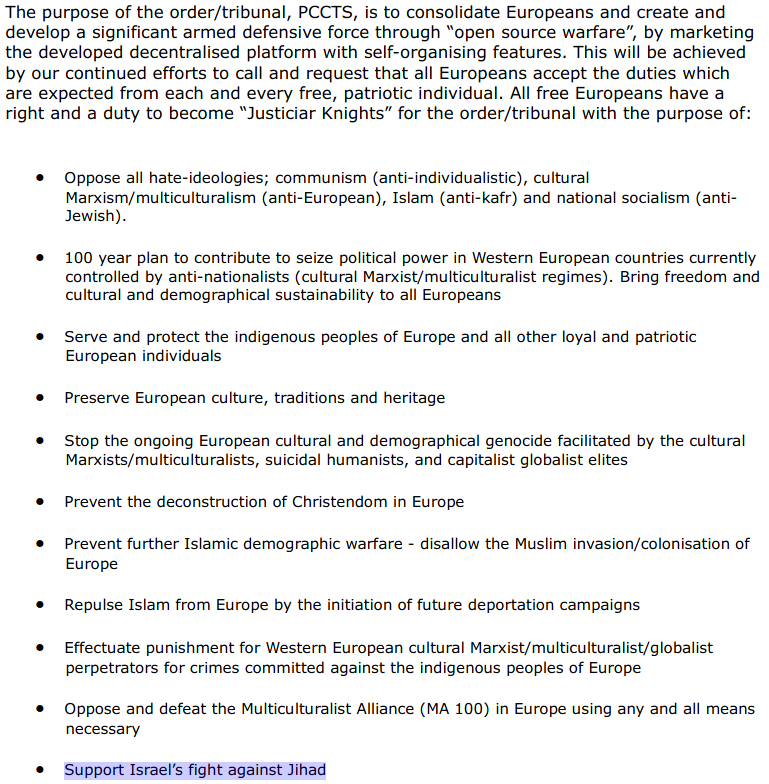 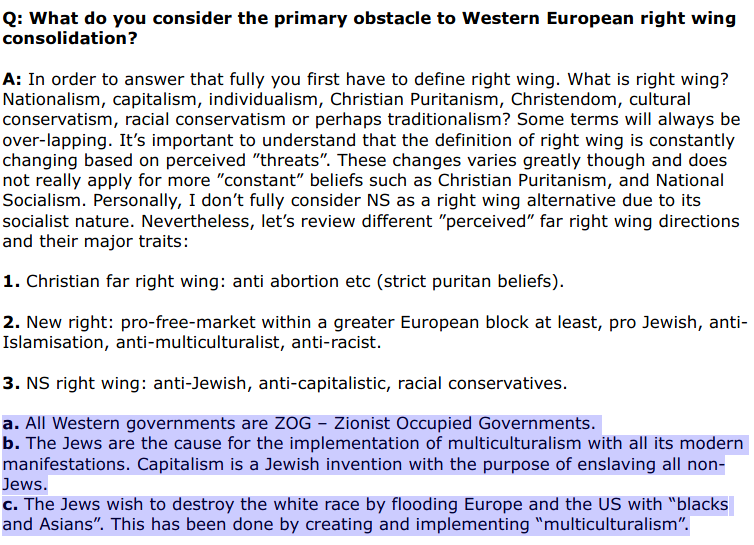 The widespread establishment has tried to cover up the Zionist supremacist narrative of the Breivik since the massacre itself and whenever the massacre is brought up the underlying Zionist motives behind the attack are NEVER mentioned... It would be very inconvenient to the Zionists if they admitted that the deadliest lone wolf mass shooting in the world was committed by one of their own, but the question is did he act alone or with no outside assistance? The answer is most likely no, as there are plenty of MOSSAD and Israeli connections to the attack itself, but before we get to that it's important to mention that Breivik himself is a confirmed Freemason (as mentioned above) who practiced at the Oslo Masonic Lodge. 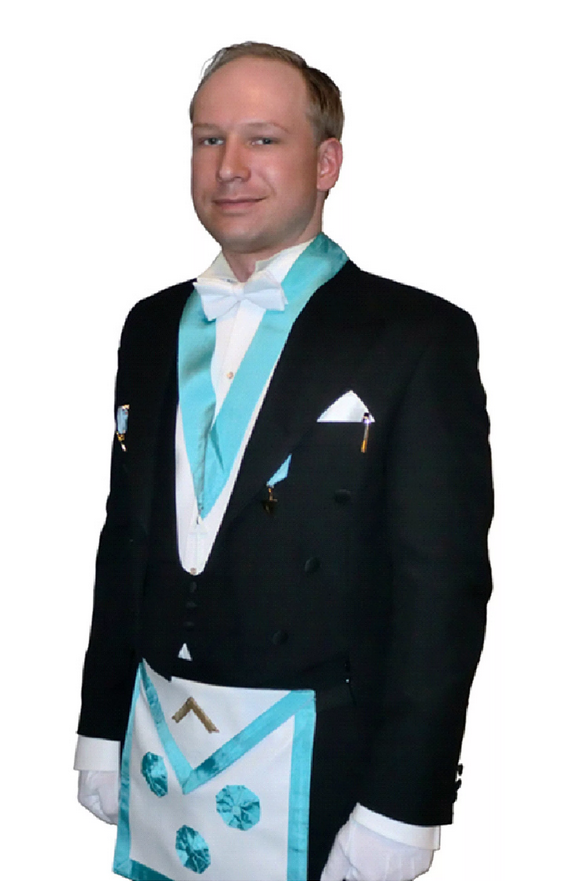 The mass murderer in Masonic garb

But really, what is the likelihood of a mass shooter being able to plant a carbomb in Oslo, disguise himself as a police officer and head to Utoya Island and have free reign to massacre people for an entire hour before the police showed up? Breivik supposedly had no military training of the sort or advanced weapons training yet he was able to kill 67 people in an hour, many believe that Breivik was a MOSSAD operative attempting to steer the European far-right in the direction of supporting Zionist interests by attacking a far-left/marxist organization and in the process intimidating the Norwegian government.

But the reason wasn't simply to stop a far-left takeover of the government but a Israeli boycott as just days prior to the shooting the Norwegian Foreign Minister Jonas Gahr Store visited the Island and gave an anti-Zionist speech that condemned the government of Israel, additionally calling for the creation of a Palestinian state, a rough translation of a Norwegian article regarding his speech reads as follows:

"The Palestinians must have their own state, the occupation must end, the wall must be demolished and it must happen now, said the Foreign Minister to cheers from the audience. Earlier this week, when Palestinian President Mahmoud Abbas visited Norway, the Minister said to TV 2 news channel that Norway stands ready to recognize a Palestinian state. This he repeated during the debate on Utøya. - We are ready to recognize a Palestinian state. I await the actual resolution text Palestinians will promote the UN General Assembly in September, said the Minister." Knowing that Norway has a history of speaking against the Israeli occupation of Palestinian land and the ongoing oppression of the Palestinian people and it almost hit a peak with this incident shortly before the massacre, it seems likely that this was a MOSSAD operation simply to say. "This is what happens when you go against what we tell you!" This can be seen by the fact that the carbombing itself targeted a governmental building and the shooting targeted the people who pushed for the boycott itself, a deeper dive on Israeli connections to the shooting can be seen here in an article written by Stephen Lendman, which I highly recommend reading.

But there's one more oddity that is never mentioned much in English speaking circles but is documented heavily in the Norwegian discussions of the massacres that occurred that day, it's stated by the Norwegian newspaper Aftenposten that the Norwegian police were conducting a terror drill shortly before the massacre occurred, making for an odd coincidence but one that seems to be all too common when it comes to the realm of terrorism in the modern day and age, the article reads as follows (rough translation):

"Four days in advance, and also the same Friday the attack was carried out, the police special unit trained on an ongoing terror campaign that was approximately equal to the situation that hours later, met the 22 police officers within the emergency squad on Utøya.

Aftenposten have confirmation from key sources in the Oslo police management that the exercise was terminated at 3PM that very Friday.

All officers from the emergency squad that participated in the government quarter after the car bomb and later came ashore on Utøya, arresting Anders Behring Breivik, had earlier that same day and in the days ahead participated in training on an identical scenario.

The police barely completed the exercise, before what they had been training for, became reality.

As far as Aftenposten has been informed, the training transcended directly into what the policed then faced in the Tyrifjord that very day; a mobile terror attack, in which one or more perpetrators only goal was to shoot as many people as possible and then shoot the police when they arrived.

– It was very close to facit. Chance would have it that way, says a key police source, who declined to quoted by name.

The police did not train on a scenario including as many victims as they met on Utøya.

The police special unit trains continuously. But every quarter, they have "sections" where they train for different types of scenarios.

These are different scenarios police envisions might occur where the emergency squad must be inserted. There may be actions indoors, in cities or outside in other environments.

According to police, this is a scenario they train on several times a year and has trained for, for several years, especially after specific events in other countries.

Only 26 minutes after the emergency squad´s training had concluded, the car bomb went off in the government quarter. The Emergency Squad arrived early on the scene.

At 3.30PM, the staff at the Oslo police learned about a shooting at Utøya. They put so much trust in the the message, that the emergency squad entered the cars, already positioned in the government quarter and cars that came from the police station at Grønland in Oslo.

On the way they had problems contacting the North Buskerud Police District, but at 6.02PM, six minutes before they arrived, they established contact and agreed to meet at Storøya.

Once there, seven people from the emergency squad and three police officers from Nordre Buskerud Police District boarded a 4.9 meter long rubber dinghy. This was so heavily loaded that it began taking in water. The police were assisted by a civilian boat and sailed towards Utøya."

With the media rolling the narrative that the shooter was a 'far-right christian fundamentalist' and that the action was an example of 'white supremacist terrorism' when in reality it was an act of Zionist terrorism with signs of being a false flag operation to crush support in favor of the creation of a Palestinian state, it's equally as likely that Breivik acted alone or that he was a MOSSAD operative acting to steer the Norwegian government away from any action that would support the two state solution.