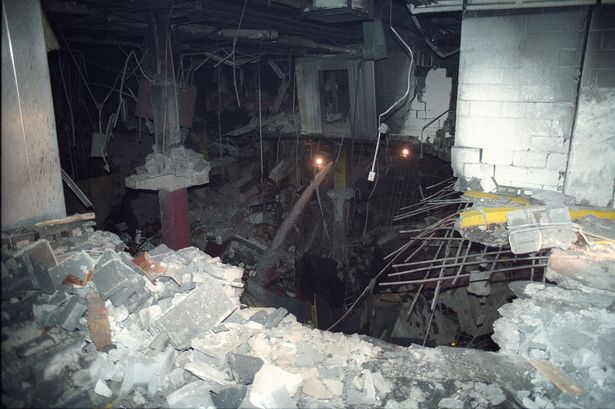 Aftermath of the bombing at the WTC Building

On February 26th, 1993 a carbomb detonated below the North Tower of the WTC Complex with the intent to bring both of the towers down, however the bombing failed to do so but in the process it killed 6 people and wounded 1,042, for this reason and many more I will explain further it's widely believed to have been a CIA/MOSSAD false flag intended to bring town the Twin Towers prior to 2001 - or at the very least that the government knew of the plot in advance and let it happen instead of interfering with the attack.

Extensive evidence exists that the FBI had advance knowledge of the bombing plot, one of the first I'll bring your attention to is a former government informant named Emad Salem who adamantly claimed that the bomb was built under the complete supervision of the FBI, additionally Salem also said that he had warned the government of the bomb plot in advance and they had not heeded his warning as they had merely let the plot continue and hinted at the possibility of the FBI being directly involved in the plot itself, an excerpt from an article by the New York Times reads as follows:

"Law-enforcement officials were told that terrorists were building a bomb that was eventually used to blow up the World Trade Center, and they planned to thwart the plotters by secretly substituting harmless powder for the explosives, an informer said after the blast.

The informer was to have helped the plotters build the bomb and supply the fake powder, but the plan was called off by an F.B.I. supervisor who had other ideas about how the informer, Emad A. Salem, should be used, the informer said.

he account, which is given in the transcript of hundreds of hours of tape recordings Mr. Salem secretly made of his talks with law-enforcement agents, portrays the authorities as in a far better position than previously known to foil the Feb. 26 bombing of New York City's tallest towers. The explosion left six people dead, more than 1,000 injured and damages in excess of half a billion dollars. Four men are now on trial in Manhattan Federal Court in that attack."

So it is adamantly clear that either the government knew of the bomb plot in advance and chose not to intervene for political reasons or actively helped carry out the bombing of the WTC building in 1993, but I'll leave you with two final videos as part of my report.

1993 WTC Bombing was a CIA & FBI Operation - Including Full Lecture by Joseph A. Calhoun