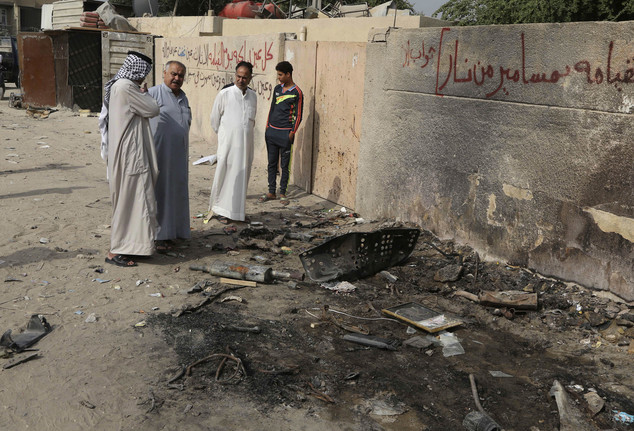 The aftermath of the car bombing which killed none, but the media said killed 10+

On October 30th, 2016 a carbomb detonated in the Hurriyah area of Baghdad and the media was quick to pick up the story and implicate ISIS as being responsible for the act of terrorism that killed 10 and wounded 34 - the news outlets that reported on this include Reuters, The New York Times and Daily Mail - so it seemed that those pesky Sunnis were at it again and killing Shias! But all wasn't as it seemed and rather quickly CCTV footage from the bombing emerged online and man... It's damning to say the least.

This is a lot to unpack but I'm gonna pick this apart piece by piece just to show that this footage is indeed genuine and from the bombing in question, the explosion happens exactly at the 13 second mark, the dust settles at the 21 second mark and the first actor comes into scene with his crew behind him to set the scene of a real car bombing. This can be confirmed by comparing a still from the video with an image of the aftermath of the bombing. 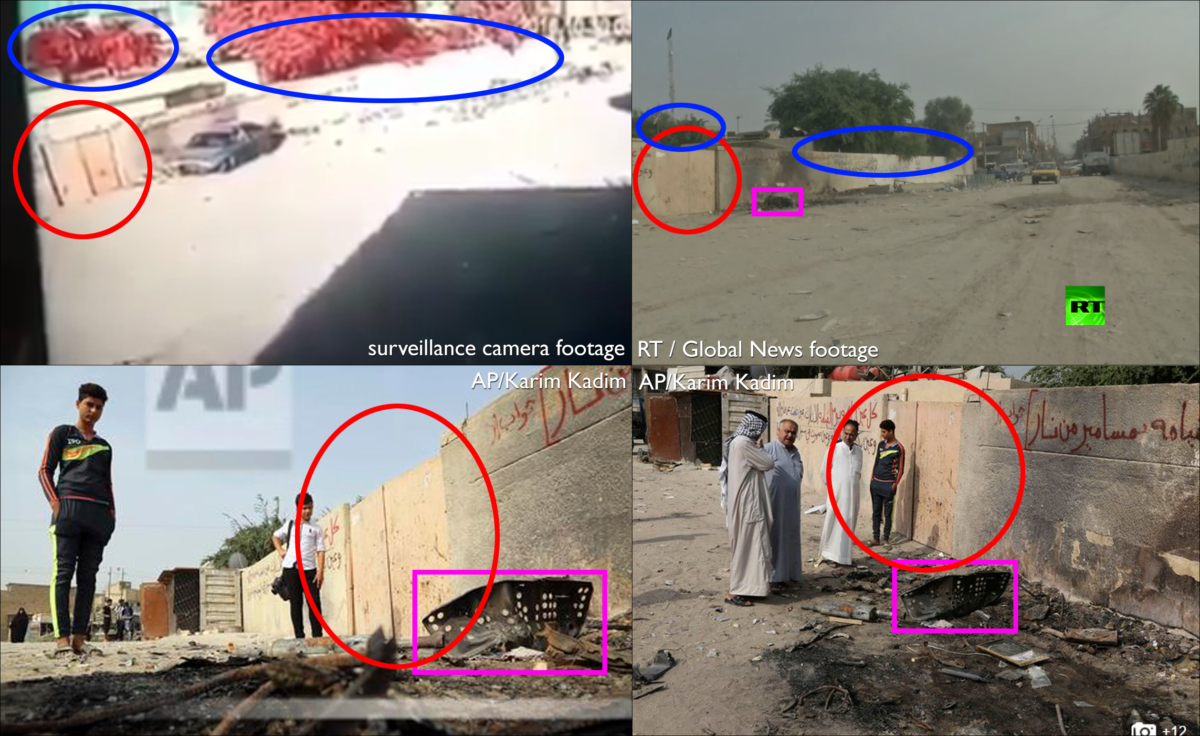 A multi-comparison from numerous angles before and after the bombing

In the immediate aftermath there were three prevailing theories about this bombing when it was discovered that the incident was staged, the theories are as follows:

However the 'official' explanation for this comes from the New Zealand Herald who reported in 2019 that the bombing was an undercover operation by Iraq's Falcon Intelligence Cell which had penetrated into the Islamic State - whether this was a false flag operation which was exposed or an undercover operation by the Iraqi intelligence agency it's clear that the bombing was a hoax and no one was killed during it... The part that makes it the most concerning is that not only the Iraqi government considers it normal to stage acts of terrorism but to use crisis actors aswell in these productions.

You should very much so remember what happened in Hurriyah, it might just happen again sometime soon... But this time there might not be any CCTV to expose the whole thing up as being staged so they're forced to spill the beans about the operation to the general public! We all know very well that if they didn't release the footage they would've just let this get sweeped up under the rug and forgotten about as just another ISIS car bombing against the Shia population, but since the footage was released and easily confirmed to be genuine it demanded an answer and they knew that there would be hell to pay if one wasn't provided.