A poster to the (cancelled) movie titled 'Gray State'

1922 - Colin Ross is sentenced to death by hanging for the rape and murder of Alma Tirtschke, despite having several rock solid alibis proving that he'd never left his wine bar during the time the murders took place.

1939 - A severely mentally disabled man named Joe Arridy is sentenced to death for the rape and murder of Dorothy Drain after being coerced by police into giving a false confession.

1950 - Timothy Evans is sentenced to death for the murder of his wife and daughter, 3 years later his neighbor John Christie confesses to the murder alongside six other murders.

1951 - 8 drunken police officers brutalize a number of inmates at the Central City Jail, leaving them with broken bones and ruptured organs in the beatings that lasted upwards of 95 minutes.

1960 - The South African police open fire on peaceful protesters while they're fleeing, killing 69 and wounding 180.

1961 - 40 to 200 Algerian protesters are either beaten to death or drowned by the French police, a large amount of bodies are found with their hands and legs tied together in the River Seine. 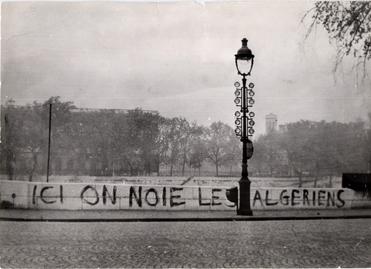 1969 - NYPD officers storm the Stonewall Inn and brutalize the occupants for being gay, leading to a period of spontaneous rioting. 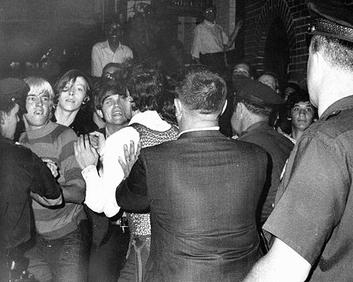 The only known image taken during the first night of riots

1972 - Two Australian police officers murder George Ian Ogilvie Duncan by throwing him into the River Torrens for being gay, both officers are charged with manslaughter but never prosecuted.

1974 - Gerard Conlon and three others are falsely accused of being behind a series of pub bombings carried out that year by the IRA, after police tamper with the evidence to indicate them as being guilty.

1989 - Carlos DeLuna is wrongly sentenced to death for a murder committed by a neighbor of his named Carlos Hernandez.

1989 - 5 Palestinians are killed and 15 are wounded when Israeli police and armed settlers attack Nahalin, a disarmed Palestinian village.

1990 - The Israel Border Police gun down 17 Palestinians on the Temple Mount in cold blood, attempt to cover it up by saying that they were attacking Jewish settlers.

1991 - Cameron Willingham is sentenced to death due to a fire that killed his children, the court cites non-existent child abuse and his love for metal as proof he was a violent sociopath.

1991 - Rodney King is severely beaten by four police officers after having already surrendered with his hands in the air, all four officers are acquitted of any charges.

1993 - Lieutenant Craig D. Harvey of the New York State Police is revealed to have faked fingerprint evidence with the help of Lieutenant Patrick O'Hara.

1994 - Anthony Baez is choked to death by NYPD officer Francis Livoti over accidentally hitting a police car while playing football with his brothers, only being sentenced to 7 years in prison for the cold-blooded murder.

1995 - Larry Griffin is sentenced to death for the drive-by shooting murder of Quintin Moss, he was found guilty despite being left handed and none of his DNA being found on the murder weapon or in the car used in the drive-by.

1996 - The Chinese government sentences a teenager named Huugjilt to death after he called the police to report a woman being raped and murdered in a public restroom.

1998 - Numerous police officers release attack dogs on people who they suspected of being illegal immigrants, yelling racial slurs during the maulings.

1999 - Amadou Diallo is shot to death by two plainclothes NYPD officers whilst reaching for his ID to present to them.

2001 - Italian police storm the Diaz school where protesters were staying and hospitalize 62, 3 of which were thrown into a comatose state due to the brutality of the raid.

2003 - Judges Mark Ciavarella and Michael Conahan are involved in a kickback scheme, getting paid thousands of dollars to give kids harsh sentences in juvenile detention centers for minor offenses.

2006 - Joseph Erin Hamley is shot and killed by Arkansas State Trooper Larry Norman whilst he lay on the ground, Norman was sentenced to 90 days in jail for the murder - of which he only served 54.

2010 - Superior Court Judge Marla Miller find that the San Francisco Police Department has been paying people to falsely testify against the innocent to ensure criminal convictions.

2011 - Police officers Manuel Ramos, Jay Cicinelli, and Joseph Wolfe brutally murder Kelly Thomas, breaking numerous bones in his face which caused him to choke on his own blood and die, 2 of the officers were acquitted whilst the other 2 were given minor penalties.

2012 - Culpeper police officer Daniel Harmon-Wright brutally murders Patricia Cook by shooting her 4 times whilst she sat in her SUV.

2012 - Delhi police are revealed to have put dozens of people into prison on phony terrorism and terror related charges.

2012 - Two members of the Israeli border police are caught on camera assaulting a 9 year old Palestinian boy who was leaving the house to get food.

2013 - A New York police informant is caught on camera planting cocaine in the store of Donald Andrews Jr. in an attempt to arrest him on drug possession charges.

2015 - Douglas Dendinger is falsely accused of assaulting a police officer after serving him with papers regarding a brutality suit being filed against him.

2015 - Officers Sean McKnight and Kevin Robinson brutally assault 23 year old Najee Rivera with police batons as he's pinned up against a wall, later trying to say he was resisting arrest and attempted to assault them.

2015 - Dallas police Sergeant Stephen Baker is caught red-handed lying on the stand about a DWI case, even when video evidence proves him wrong.

2016 - Two members of the Israeli Border Police are caught on camera assaulting an 8 year old Palestinian girl and stealing her bike.

2016 - Police officer Philip Brailsford brutally murders 26 year old Daniel Shaver by gunning him down in a hotel hallway whilst he was on his hands and knees, Philip Brailsford is found not guilty of all charges.

2016 - Two police officers murder 32 year old Tony Timpa after kneeling on his back for 14 minutes, the police officers later attempted to say that Timpa was violent and actively resisted - bodycam footage proved otherwise.

2017 - Detective William Broghamer admits to framing suspects and lying on the stand in order to ensure criminal convictions.

2017 - Alex Wubbels is arrested by officer Jeff Payne for not allowing him to take an illegal blood sample from a patient.

2019 - Israeli policewoman shoots Palestinian man in the back as he's walking away from her.

Palestinian man shot in the back

2020 - Israeli police shoot and kill a 32 year old autistic Palestinian man as he lay on the ground in a roofless garbage room.

2022 - Brazilian police are caught on camera locking Genivaldo de Jesus Santos inside the trunk of a police car and filling it with tear gas, the brutal and cold-blooded murder of the man goes unpunished.