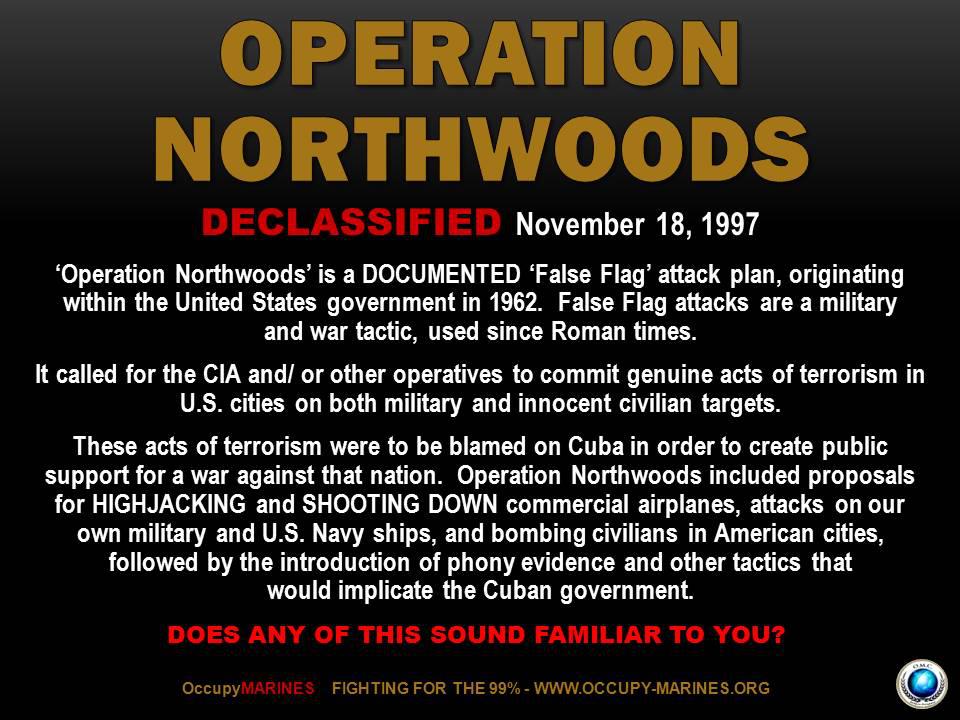 A brief description of Operation Northwoods

Operation Northwoods was a proposed government operation approved by Lyman Lemnitzer and ultimately rejected by John F. Kennedy and Robert McNamara as he disapproved of the policies suggested to kickstart a war in Cuba, notably the proposed government operation advocated for false flag tactics to be used to justify a full scale war against Cuba, these plans included but are not limited to:


Whilst the plans were rejected in full they are important to note as it's official documentation that the US Government had considered using false flag terrorism at one point to kickstart a war in a foreign country, documentation which is often overlooked and if acknowledged people merely believe that the government wouldn't have the same intentions that it did in the 1960s and a similar incident wouldn't be approved of later or hadn't been approved in the past.

The Operation Northwoods plot is an essential starting point when discussing potential acts of false flag terrorism, I highly suggest reading the entire documents as they're fully compiled here.