Don't pay attention to the strings...

For decades now misguided truthers have painted Putin as a saint, the savior of the west and a hero standing against the New World Order - but as the story goes not everything is what it seems and not everything is to be trusted at a surface glance, the logic that the misguided truthers use is that since Putin is spoken negatively in the media that must mean he has our best ideas in mind, not considering that same mindset is how we got the Zionist puppet Trump installed into power in the first place, Putin is similar to Trump in the aspect that he's merely part of the NWO's multipolar trap because if he truly posed a threat to the NWO he would've been dead already and active military troops would've been put into place when he invaded Ukraine. Let's break this apart piece by piece.

Let's start at the beginning with the origins of Putin, Putin started out as a KGB agent working in the Soviet Union for 15 years, rising to the rank of lieutenant colonel and then later served as director of the Federal Security Service (FSB) in 1998 where his coordination of the false flag Russian Apartment Bombings that occurred a year later and helped raise public support for a full scale invasion of Chechnya got him elected as Prime Minister, for more information on the false flag operation that helped Putin secure his place as Russian PM I highly recommend watching the below documentary:

Assassination of Russia: How the 1999 Russian Apartment Bombings Brought Putin to Power

Ever since Putin has gotten into power in Russia, he has taken up the role as the 'noble nationalist hero' fighting against the propaganda and degeneracy of the west, but it's a facade, one that very clearly works as well as many people have fallen for his lies and continue to believe them to this very day, one cannot forget when Putin had a rather interesting moment with the at the time 5 year old Nikita Konkin, even saying that he wanted to 'stroke him like a kitten' - a rather concerning incident that many of his most diehard supporters seem to forget, on purpose. 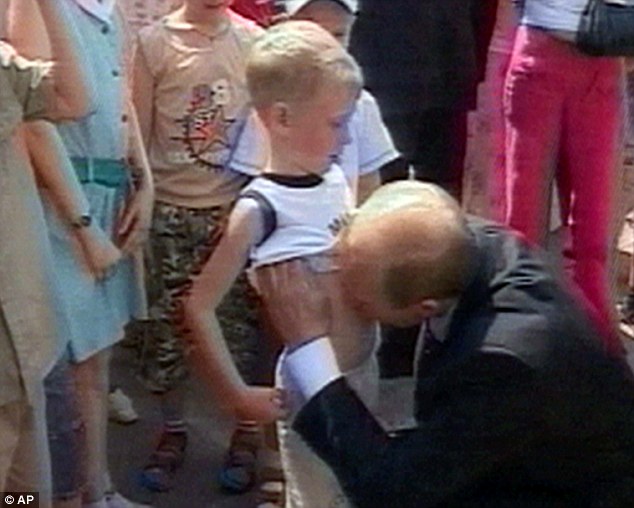 Further evidence of Putin's pedophilia is commented on rather extensively here, a rather revealing excerpt from an article linked here, the relevant section has been translated from Russian to English for the purposes of this report:

"Consideration of the court case on the murder of the FSB agent of Russia Alexander Litvinenko, who fled to Great Britain, which is now underway in London, brought an unexpected sensation.

According to the British lawyer Robert Tham, who was working on the investigation, whose testimony was heard in the Royal Court of London on January 27, shortly before his death from polonium poisoning in a local hospital, Litvinenko directly accused Russian President Vladimir Putin of pedophilia, as well as directly ordering his murder. British newspaper The Mirror, reports Censor.NET with reference to by24.org.

The British journalists themselves call the confessions of Robert Tam "shocking accusations." According to the lawyer, before his death, Alexander Litvinenko told him that in July 2006 he published an article on one of the Chechen websites , where a fugitive FSB agent accused Putin not only of corruption, but also of pedophilia. This is what, according to the late defector, became a "serious irritant" for the Kremlin. According to Litvinenko, he "had no doubt that it was Putin who ordered his assassination." These words were recorded in the interrogation protocol, drawn up directly at the Royal Hospital in London."

One major claim Putin makes is that he adamantly stands against the west and their influence, but this claim is questionable at best considering his ties with the World Economic Forum (WEF), having met with the leader of the WEF Klaus Schwab on numerous occasions to the point where they are considered very good friends - why would someone standing against the west take such a major role in attending meetings at a western NWO puppet organization? 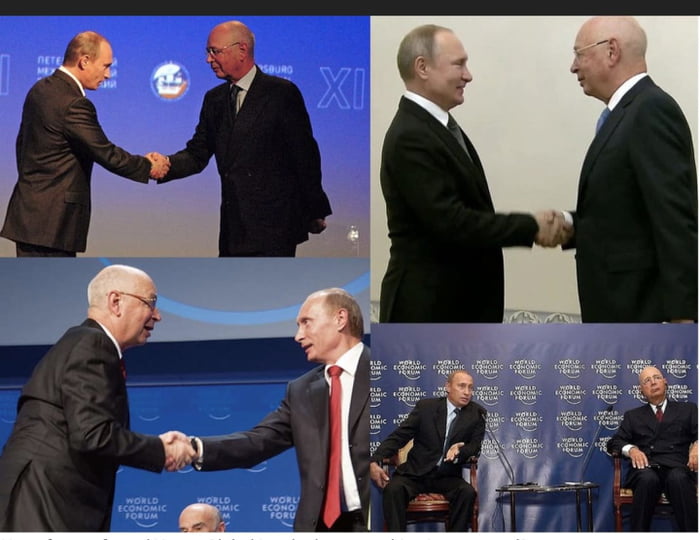 Combine this with the fact that Putin was a part of the WEF's Young Global Leaders, as evidenced in the below video - it's clear to see that Putin is lying about his stance against 'western influence and propaganda', rather that he's again just another cog in the machine and a form of controlled opposition for those who don't know any better to rally behind in support.

So remember; Putin is NOT anti-NWO, he's a puppet just like the rest of them are, don't be so easily fooled by the lies of a NWO politician - you might just end up getting millions of people killed and that blood will be shared between your hands and his when all is said and done.