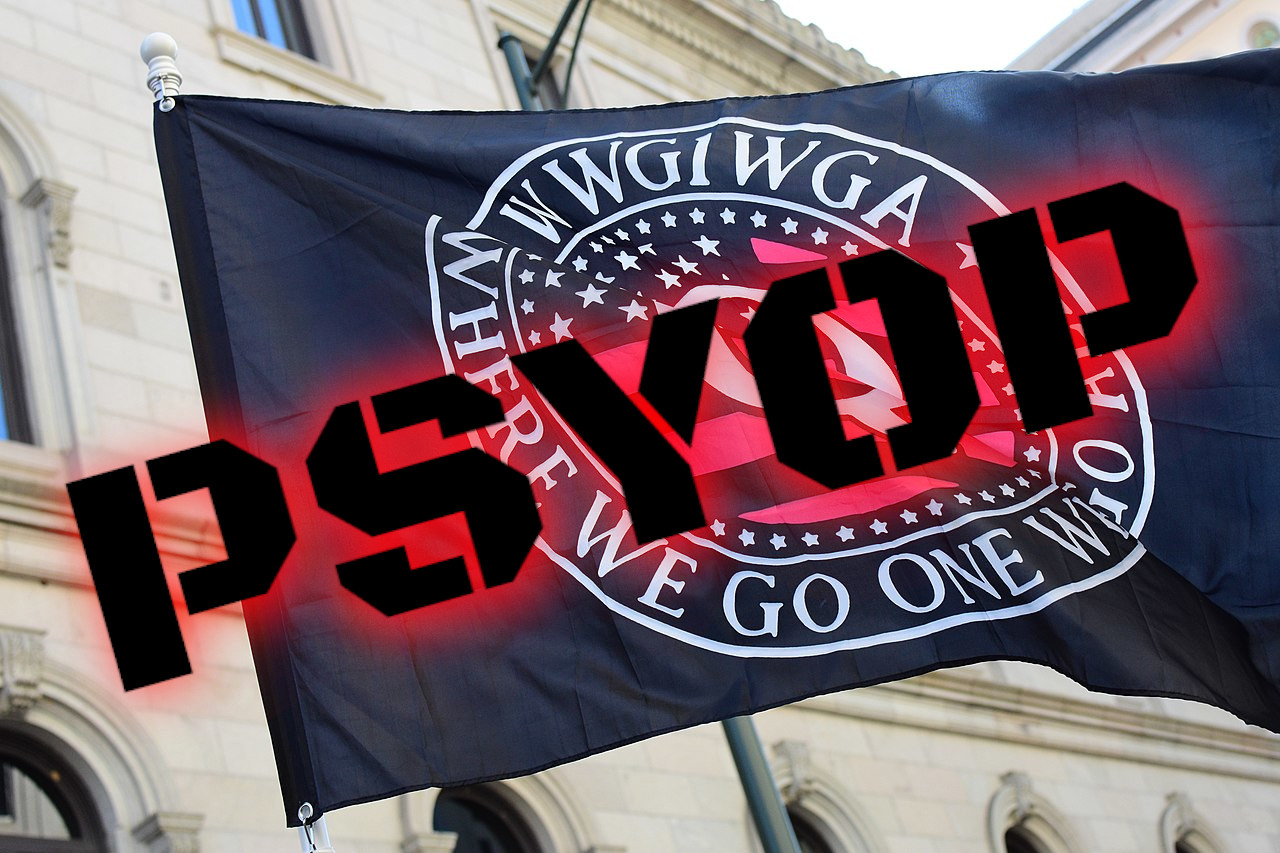 QAnon is a purported 'truth movement' started on the now defunct 8chan website back in 2017, the core fundamental ideologies of QAnon are eerily similar to the Bolshevik psyop 'Operation Trust', a comparison of the two:


The similarities between the two are frightening enough but there's plenty more to it than that, one key piece of evidence I'll present is that Wikileaks described QAnon as a 'pied-piper' operation back in 2018, there is much evidence to support this theory. 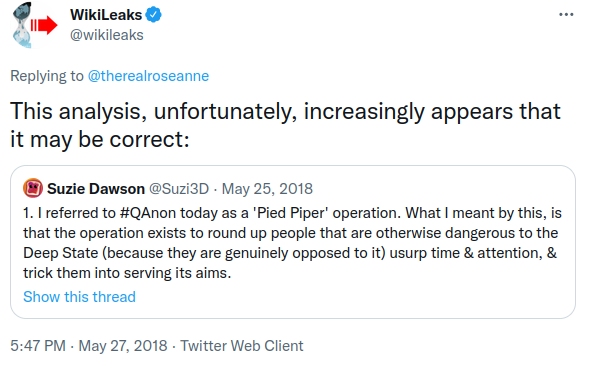 Numerous people have gone on record stating that QAnon is controlled either by the CIA or US Military Intelligence, the most interesting accusation comes from the former US National Security Adviser, Michael Flynn, who stated the following in a private phonecall from 2021:

This accusation is particularly odd because Michael Flynn is adamantly in support of the QAnon movement when in public, but in private conversations he refers to it as a disinformation campaign - But the question is why does he promote it publicly but slander it in private? We may never know, another piece of testimony comes from former US Military General Paul E. Vallely who stated the following in a 2019 interview:

"Q-Anon is information that comes out of a group called ‘The Army of Northern Virginia.’ This is a group of military intelligence specialists, of over 800 people that advises the president. The president does not have a lot of confidence in the CIA or the DIA (Defense Intelligence Agency) much anymore. So the President relies on real operators, who are mostly Special Operations type of people. This is where ‘Q’ picks up some of his information."

The information comes from the government itself, but it's stated that since it comes from 'real operators' it should be trusted? This exactly mirrors the Bolshevik psyop that the members of the Bolshevik government should be trusted because they're only in it 'for show' and to 'gather information' - but we all know how that went, it's also of note to mention that Paul Vallely wrote a paper on psychological operations with his colleague Michael Aquino, heavily employing the technique "Win their hearts and their minds will follow."

Another thing to note is that Q constantly asks questions but never answers them, this was noted by Ryan Matters as being a classic copywriting technique, copywriting is most commonly defined as the action of writing text for advertisement or marketing, but who is QAnon marketing for? Who are they advertising to? They're marketing themselves towards the rapidly shrinking working class American public, the same audience that Trump manipulated to get into office.

Furthermore with the heavy and constant endorsement from politicians, including Donald Trump himself, and similarly high placed members in the US Government it's very clear who exactly is benefiting from this - normally politcians would discourage politicial violence in their home countries when in the public eye at least, but the US Government spokesmen of QAnon support and enable this behavior in a public and open fashion then leave those who followed their call for dead, just like with the Jan 6 protesters. Taking all of this in mind it's rather easy to realize that QAnon is a US Government sponsored psyop with classic divide and conquer tactics.